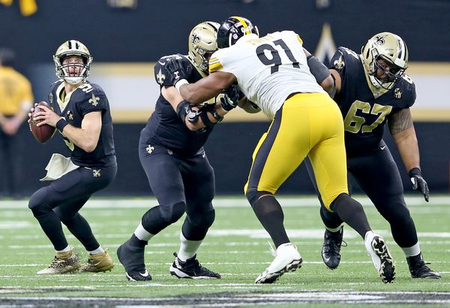 The New Orleans Saints had their regular starting offensive line available for practice Wednesday (Jan. 9) ahead of their divisional playoff game against the Eagles, though four of them were officially listed as limited participants on the injury report.

Of those five players, only Peat and Ramczyk were active for the Saints' Week 17 game against the Panthers. Ramczyk spent the game watching from the sidelines, while Peat sustained a hand injury early in the game and did not return. ...