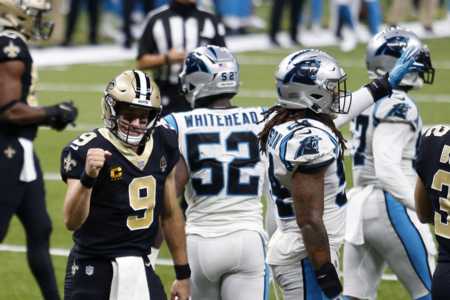 NEW ORLEANS (AP) — Saints defensive tackle Sheldon Rankins is seeing a pattern — and an encouraging one at that.

In each of the previous three seasons, the Saints overcame some early season adversity and swept all of their October games en route to an NFC South crown.

For a fourth straight season, the Saints have won all of their October games again — three this year because their bye fell in Week 6.

The winning streak has New Orleans (4-2), which stumbled to a 1-2 start, just a half-game back of Tampa Bay for the top spot in the division with 10 games to go.

“We don’t ever plan for early season stumbles or anything like that, but ... adversity to start a season is nothing new to us. We’ve faced it before. We know what it takes to get on a roll and start winning some games,” Rankins said. “We’ve always found a way to weather the storm. And we’ll continue to get better and continue to fix the things that need to be fixed. And we’ll get on a roll here.” ...