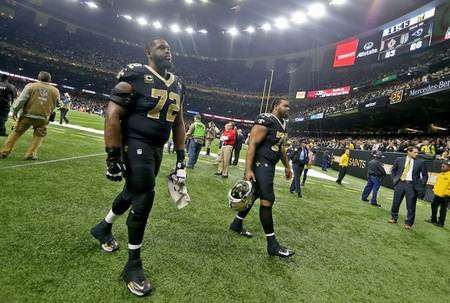 Four of the five New Orleans Saints players selected to the Pro Bowl will not play in the annual all-star game Sunday (Jan. 27) in Orlando, Florida.

Left tackle Terron Armstead and center Max Unger are being replaced by two Chicago Bears players — left tackle Charles Leno and center Cody Whitehair, according to a release from the Bears.

Drew Brees and Michael Thomas also are sitting out the game and are being replaced by the Dallas Cowboys' Dak Prescott and Amari Cooper.

It’s not uncommon for players from teams that lose in the conference championship round to sit out the game. Armstead could need offseason surgery after he missed six games with a torn pectoral muscle and returned for the postseason. ...