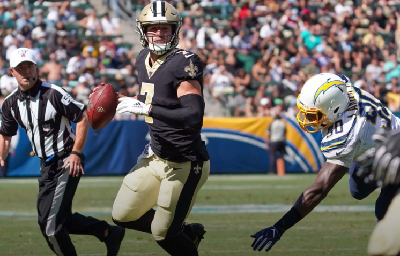 Out-of-sync, no rhythm, off-beat, undisciplined are a few of the words used to describe the first-quarter + 1 game performance of the New Orleans Saints.

The team has allowed their opponents to set the tempo early in contests. In the Saints' two losses, being off-schedule was definitely the issue. It almost became a problem versus the Los Angeles Chargers rookie QB Herbert on Monday night. Maintaining drives with third-down conversions, steady play calls, and better execution should have been the offensive focus this bye week.

A 3-2 record is average for a veteran-led New Orleans Saints team. September is not an awfully kind month to the Saints under Payton's reign. But, they could keep their 14-game October winning streak by overcoming the 20-3 deficit against the Chargers.

What do Coach Payton and his team need to overcome after a "so-so" first quarter of the season? Most of all, how can they make the playoffs amid the COVID-19 pandemic?

Below is my first-quarter plus one game report card for the New Orleans Saints.