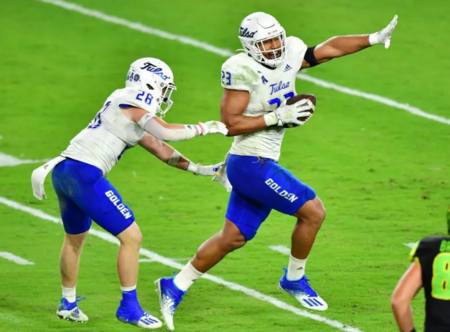 New Orleans hasn't had great luck at drafting linebackers in recent seasons. Could this Tulsa star change that fortune if the Saints grab him with a 1st round choice?

The free-agent addition of linebacker Demario Davis in 2018 transformed the defense of the New Orleans Saints into one of the league's best units. Adding LB Kwon Alexander in a mid-season trade further bolstered the team's athleticism at the position. The play of their two star linebackers helped the Saints finish in the top-five of the league in most major defensive categories in 2020.

New Orleans has had good luck with veteran acquisitions at linebacker since Sean Payton took over as head coach in 2006. The team has not had nearly the success when drafting linebackers during this same period. Stephone Anthony, Hau'oli Kikaha, Martez Wilson, and Alex Anzalone were players that were drafted within the first three rounds who failed to meet expectations. The jury is still out on Zack Baun, a 3rd round choice last season. ...