Saints: 3 reasons Jameis Winston should be the next man up (1 Viewer) 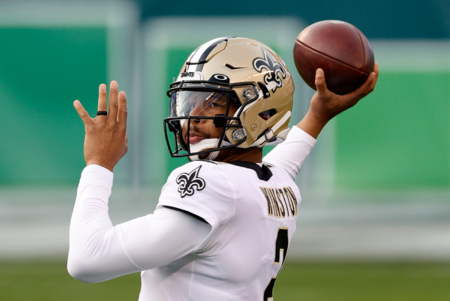 The New Orleans Saints are in the potential process of finding a new quarterback, and Jameis Winston can be that guy.

The reason for Hill’s snap count gap over Winston is that he plays four offensive positions which is why he is still on the roster in the first place.

However, now that the Saints are looking for a new starting quarterback, Hill is going to get passed on the depth chart. Or, at least that’s the assumption as the Saints enter a period of uncertainty.

Jameis Winston should be the next in line for the Saints’ throne. After they kept Brees last year and let Bridgewater walk to Carolina, they had to sign another quarterback with the potential to be the future Hall-of-Famer’s replacement. ...