Saints 5 To Watch: Brady twice, Bridgewater, Mahomes, and a dome Christmas with the Grinch (1 Viewer) 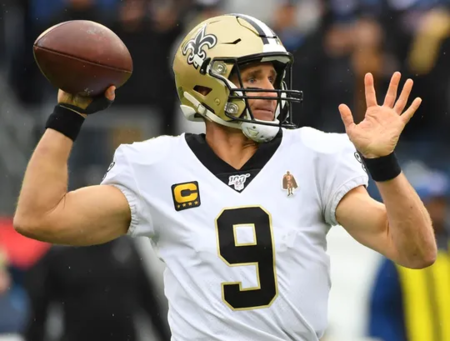 New Orleans Saints quarterback Drew Brees will play in what may be his last
season in the NFL in 2020 against the defending Super Bowl champion Kansas
City Chiefs on Sunday, Dec. 20 at 3:25 p.m. in the Mercedes-Benz Superdome.

BATON ROUGE - The 2020 New Orleans Saints will have to be ready for prime time.

They will play four of those night games in the upcoming regular season that was released on Thursday night by the NFL.

The Saints, who have won three straight NFC South division titles and reached the NFC title game in the 2018 season, will play on Monday Night Football on Sept. 21 at the Las Vegas Raiders on ESPN. The Raiders moved from Oakland, Calif., after last season to give Vegas its first NFL team.