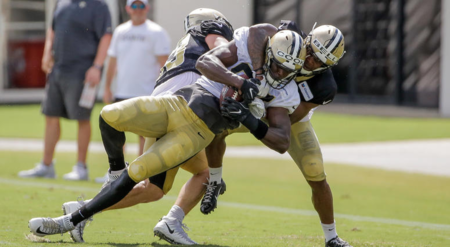 Saints players had a rude welcome back to practice following a day off since there wasn’t much cloud cover from the grueling sun today. 8 players were not seen at Wednesday’s scorching session:

Also not present was offensive lineman Nate Wozniak. He was waved to make room on the roster for tight end AJ Derby. The new addition was a 6th round pick by the Patriots in 2016 and has also played for the Broncos and Dolphins. Derby has appeared in 25 games, making 40 catches for 452 yards and 4 touchdowns in his 4 year NFL career. ...
Full Story - WWL-Radio