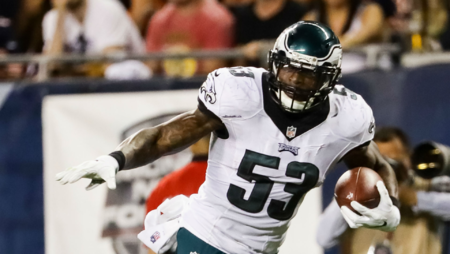 Nigel Bradham is heading to the Big Easy.

The New Orleans Saints have agreed to terms on a deal with the 30-year-old linebacker, according to Friday's transaction wire. The terms of the deal are undisclosed at this time.

A fourth-round pick out of Florida State in 2012, Bradham spent his first four seasons with the Bills before spending the last four with the Eagles. Bradham tallied 61 tackles, five passes defensed and an interceptions in 12 starts for Philadelphia in 2019. The team released him in February a day after declining his option for the 2020 season. ...