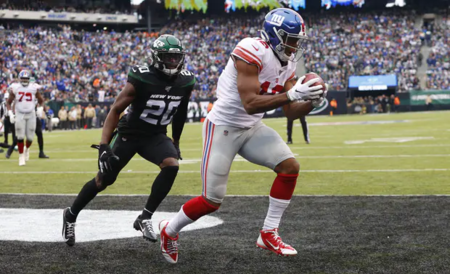 The New Orleans Saints added depth to the WR position Thursday evening when they announced the signing of veteran wideout Bennie Fowler to a one-year contract. A six-year NFL veteran, Fowler will compete for a spot behind starters Michael Thomas and Emmanuel Sanders, a teammate of Fowler's with the Denver Broncos for four seasons. He has 95 career receptions for 1,090 yards and six touchdowns in five seasons. ...

The 29-Yr old Fowler entered the Broncos league in 2014 as an undrafted rookie from Michigan State. After a year on their practice squad, he saw action in all 16 games of the 2015 season for Denver, catching 16 passes for 203 yards for the Super Bowl 50 champion Broncos. Fowler had 56 receptions for 698 yards and 5 scores with Denver before moving on as a free agent in 2018. After being released by the Bears and Patriots in early 2018, Fowler signed with the New York Giants, where he has played the last two seasons. He had 39 receptions for 392 yards and a touchdown in 18 games of action with New York.