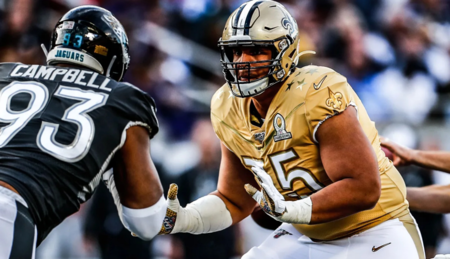 The New Orleans Saints announced today that they have agreed to terms on a five-year contract with G/T Andrus Peat. The announcement was made by Saints' Executive Vice President/General Manager Mickey Loomis.

A first round draft pick by the Saints (13th overall) out of Stanford in 2015, Peat immediately became a valuable lineman as a rookie, starting eight contests at left tackle, left guard, right tackle and as an extra blocker The Tempe, Ariz. native has played in 65 regular contests with 60 starts at every offensive line position except center during his tenure, settling in at left guard. Since his rookie season, the Saints have ranked first in the NFL in net yards per game (394.8) and points per game (28.6), while giving up only 124 sacks, the fewest total in the league. In 2019, he opened all ten regular season games he appeared in and the team's playoff contest at left guard.