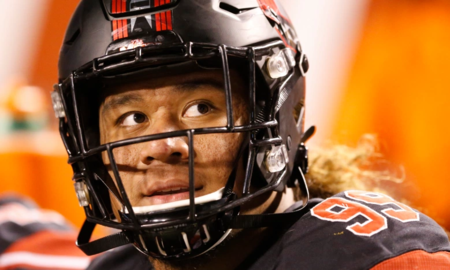 While prospects at linebacker, wide receiver and cornerback have been dominating the latest mock drafts, the New Orleans Saints might be preparing to throw everyone a curve ball by picking a defensive tackle early in this year’s NFL draft. Utah Utes big man Leki Fotu is the latest interior lineman to be connected to the Saints, who previously interviewed Texas A&M prospect Justin Madubuike.

The Draft Network’s Jordan Reid reported that the Saints are among a crowd of 18 different NFL teams to have contacted Fotu, along with possible draft fits like the Seattle Seahawks, as well as the Los Angeles Rams and Chargers.

Widely considered a top-100 option in the 2020 draft class, Fotu would probably be under consideration when the Saints are on the clock at No. 88 — late in the third round. But if his meeting with the team went well, they could target him in a trade-up the board, as they back in 2016 (acquiring David Onyemata, who signed a three-year contract extension earlier this offseason).