Saints and Buccaneers have high-powered offenses, but battle in the trenches could decide outcome (1 Viewer) 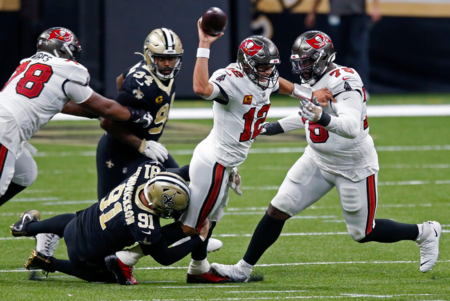 NEW ORLEANS — For all the extraordinary talent the Saints and Buccaneers have at quarterback, running back, and receiver, defensive end Cameron Jordan figures that what happens in the trenches will be the decisive factor in their divisional-round playoff clash on Sunday night.

Recent history backs him up.

The Saints’ defensive front was in Tom Brady’s face constantly in both meetings during the regular season. The Saints won each by double digits, the last a 38-3 rout in Tampa Bay in Week 9.

“If you say, ‘What’s the most important part of any game,’ I’m going to say, ‘Physicality with the D-line and how we affect the quarterback,’” Jordan asserted after practice this past week.

Five of the 12 interceptions Brady threw in his first season with Tampa Bay came against the Saints. One came on a ball deflected at the line of scrimmage by defensive ends Marcus Davenport and Jordan before being caught by defensive tackle David Onyemata. The Saints also sacked Brady six times this season.