Online
Ron Jaworski on Mike and Mike just stated that the Jets blitz a league-high 63% of the time and the Saints blitz 47% of the time which is good for second in the NFL. The league average is only 35%.

They said the QBs in this game better make sure they don't forget to wear their flack-jackets for this one.

Offline
Actually, Chicago is #2 and we are #3. Close though.

Offline
We didn't really start using the blitz much until the Bills game. I think you will see more this Sunday.

Offline
No big news. Both Rex and Gregg come from the Buddy Ryan school of "live by the blitz, die by the blitz."

Offline
Intresting. Those CB blitzes sure got good pressure and forced some poor throws. I like it. And Chicago is now without their 3 starting LB's, so I wonder how this affects how much they will blitz.

Offline
Those stats don't even take into account us playing prevent defense for 2 out of 3 games for most of the game. I'm sure our total percentage would be much higher if those were close games.

It'll be interesting to see how Rex Ryan deals with missing 2 of his top 3 corners.

JackDiesel said:
Those stats don't even take into account us playing prevent defense for 2 out of 3 games for most of the game. I'm sure our total percentage would be much higher if those were close games.

It'll be interesting to see how Rex Ryan deals with missing 2 of his top 3 corners.
Click to expand...

We played the second half of the Patriots game and all of the Titans game without them.

But this week is the BIG test. 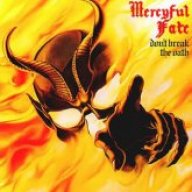 Offline
if rex ryan is smart, he won't try and blitz drew brees as much as the previous qbs. i think after peyton manning, no qb has better pocket awareness than drew, and he seems to have his greatest understanding of the offense that he's had since he's been a saint. plus, brees has never been a qb that has been sacked a lot. couple that with a formidable rushing attack, and the saints could have the jets on their heels early in the ball game. this is just on paper, though. they still have to go out and do it.
Show hidden low quality content