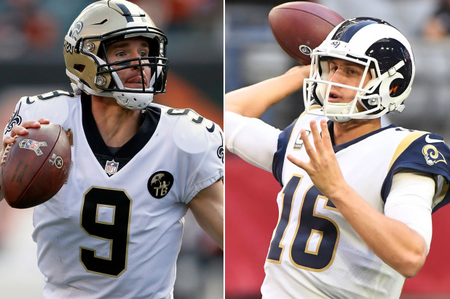 NEW ORLEANS — The last time Drew Brees and the Saints advanced this far was after the 2009 season, and the quarterback remembers how his team and the Vikings were tracking each other week after week, month after month.

“We all felt that is who we were going to see in the NFC Championship Game,’’ Brees said. “I think this year, in many respects, that was kind of the same idea. We looked across the league and saw what the Rams were doing and the success they were having.’’

The Saints were afforded a first-hand look at the Rams on Nov. 4, engaging in an entertaining, high-flying game won by New Orleans, 45-35. Afterward, there was every reason to believe these teams could cross paths again.

“I think we had a feeling then that obviously we aspired to be in this situation, and we all had a feeling that they were going to be the team that that we might face again,’’ Brees said. “So here we are.” ...