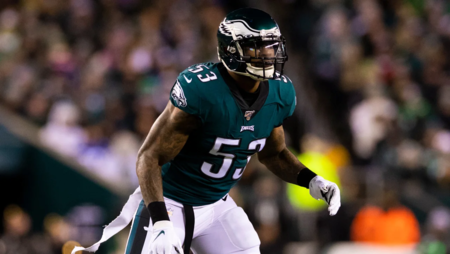 The New Orleans Saints announced today that they have signed LB Nigel Bradham and activated LB Kaden Elliss from Reserve/Covid-19, it was announced by Executive Vice-President/General Manager Mickey Loomis.