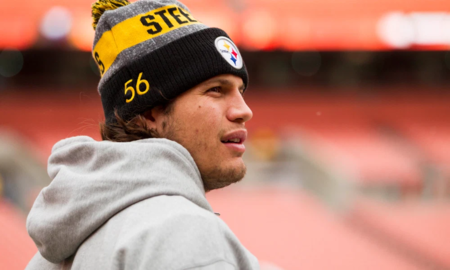 The New Orleans Saints are known for using every salary cap loophole they can get their hands on, and their latest moves are no different. Former Pittsburgh Steelers linebacker Anthony Chickillo signed a free agent contract with the team that maintains the Saints’ salary cap flexibility.

As first reported by Nick Underhill of NewOrleans.Football, Chickillo’s one-year deal with the Saints qualifies for the veteran salary benefit. It means that he’ll count just $887,500 against this year’s salary cap, even if the Saints agreed to pay him a $910,000 base salary with a $137,500 signing bonus — for a total of $1,047,500.

This provision in the NFL’s collective bargaining agreement is designed to help teams sign veteran players to near-minimum salaries without sacrificing extra salary cap space. For cap-savvy teams like the Saints, it’s a way to load up their roster with good players without breaking the bank.

The Saints have now signed seven players to their 90-man offseason roster who qualify for this benefit, including Chickillo. And the players they’re signing aren’t just fodder for training camp: ...