Saints are 6.5-point road favorites in Week 2 over the Raiders (1 Viewer) 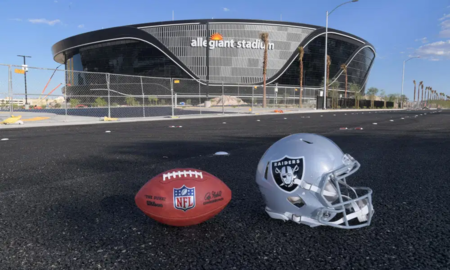 Both the New Orleans Saints and the Las Vegas Raiders won their Week 1 debuts over the Tampa Bay Buccaneers and the Carolina Panthers, and now they’re on a collision course in Week 2 on Monday Night Football. All eyes will be on the Darth Vader-esque Allegiant Stadium when the Saints help the Raiders open their new home venue.

And the Saints are favored to win this one, unfortunately for the Raiders. The BetMGM Sportsbook oddsmakers have the Saints winning their first game on the road in 2020 by 6.5 points; taken with an over/under of 51.5 points, that suggests a final score in the neighborhood of Saints 29, Raiders 22.

Only two games have a higher over/under right now: a matchup between the winless Atlanta Falcons and Dallas Cowboys (52.5), and a high-profile duel of Lamar Jackson’s Baltimore Ravens against Deshaun Watson’s Houston Texans (52.5). ...