Saints at Bengals: What went right, what went wrong (1 Viewer) 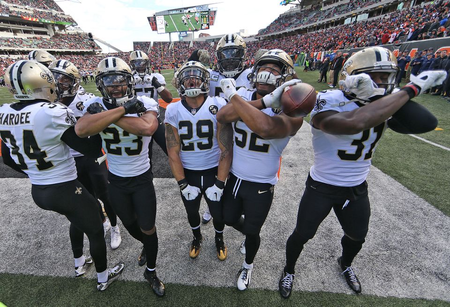 CINCINNATI — The New Orleans Saints are on a roll right now, and the Cincinnati Bengals became the latest victim on Sunday.

The Saints beat the Bengals, 51-14, at Paul Brown Stadium. New Orleans is now on an eight-game winning streak, and this was their biggest margin of victory this season.

Sunday’s win also gave the Saints (8-1) a two-game lead in the NFC South after the Panthers (6-3) lost to the Steelers on Thursday.

Many Saints players also showed love to Dez Bryant, the former Cowboys star who signed with the team Wednesday and then tore his Achilles tendon at practice Friday. Ingram, Kamara and Thomas each celebrated a touchdown by throwing up the X as Bryant used to, and Saints defensive players did that after an interception by Marcus Williams. ...