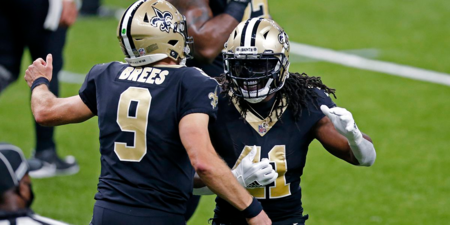 NEW ORLEANS (WAFB) - The Saints won their season-opener against the Bucs behind big plays in all three phases of the game.

New Orleans (1-0) got the 34-23 win over Tampa Bay (0-1) and lead the NFC South after losses by the Panthers and Falcons earlier in the day.

Drew Brees was 18-of-30 for 160 yards and two touchdowns. He became the all-time NFL leader in pass attempts. Alvin Kamara had 12 carries for 16 yards and a touchdown. He also caught five passes for 51 yards and another touchdown. Newly-acquired wide receiver Emmanuel Sanders caught the other touchdown pass from Brees.

Tight end Jared Cook led the Saints in receiving with five catches for 80 yards, including a 46-yarder. Michael Thomas only had three catches for 17 yards. Latavius Murray was the leading rusher for the Saints with 48 yards on 15 carries....