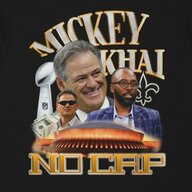 Offline
Sticky Post
It doesn't take a scientific study to know this; anyone paying attention to our games can see it. Still, I found this tweet very interesting:

dutar76 said:
Inexperienced refs is one theory and it has merit. But I tend to lean a different way. I think the current situation isn't really any different than it's always been. It's just that there's more information and views readily available to the average fan now days.

Not too many years ago, if you wanted to figure out the penalty count for and against a team, you pretty much had to hope one of the announcers mentioned it, or you had to save newspaper clippings of box scores and use a calculator. Now days, with just a few clicks of the mouse, you can put calculate whether or not the numbers add-up, so to speak.

In game, fans have cried foul ever since football (and other sports) first began. But there was no definitive proof that you could point at as well... as proof. You can google and/or youtube any play and watch and rewatch it as many times is you want to now days. Back in the day, you had to hope they showed a replay of the play during the game itself.

Maybe reffing hasn't actually changed? Maybe it's just that today's technology allows all of us to put reffing under the microscope.
Click to expand...

I don't know about trends in the past, but what is obvious is that this season, the officiating has been horribly lopsided against the Saints. That's really all that matters. If the game isn't called fairly, then should we just accept it? I know I won't, which is why I've spoken out about officiating fairly frequently since the uncalled PI. I do believe the officials have an agenda, and part of that is them essentially resenting being held accountable for bad calls with the advent of replays being expanded to PI. They want it to go away, so they're being selective in the calls that get overturned.

blackadder said:
No for the gazzilioonth time.

It doens't have to be managed.

It just has to be bias on the part of the human refs who dislike or have a grudge against Payton and the Saints. It influences decisions, consciously or unconsciously but I am sure at times quite consciously.
Click to expand...

That is what the nfl wants you to believe. 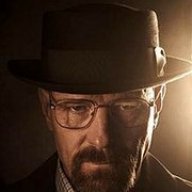 Offline
Last night, I saw a Seahawk DB latched on to a Viking WR like an octopus, while the ball was in the air. No call! The Saints would have been called 10 times out of 10.

It's time for Payton to end the vendetta with the NFL and officials. Both are embarrassed by his predictable push back. If it helps, push back! If not, take it without all the histrionics, and they will stop throwing the flags.

Offline
Penalties are the new big issue for the NFL. It's really making the game hard to watch. It isn't just happening during our games, it's all of them. The officials are looking to throw it instead of letting the guys play through some contact and throwing the flag on egregious plays.

bobad said:
If not, take it without all the histrionics, and they will stop throwing the flags.
Click to expand...

Can you point to any of his so-called histrionics? Something that approaches Saban-levels, perhaps?

FootballLady said:
Can you point to any of his so-called histrionics? Something that approaches Saban-levels, perhaps?
Click to expand...

I think he demeans the officials, and uses foul language. No one likes to be shown up on national TV, so the officials will fight back. Payton also sends formal complaints to the league office. I think they have all grown weary of it, but neither side will back down.

Online
There is a middle ground where the correct answer to every debate lies.

Except on the internet.
Show hidden low quality content