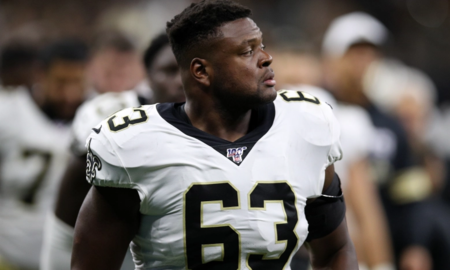 While the New Orleans Saints are one of the few teams returning a highly-rated offensive line intact with all five starters, things aren’t as stable as they appear on the surface in 2020. The team re-signed injury-prone left guard Andrus Peat to a huge contract with $33 million guaranteed in the first few years, possibly their first misstep of free agency. They also aren’t high on the performance of right guard Larry Warford, whose play declined in 2019 when his conditioning left a bit to be desired. Those frustrations have left some outlets speculating that Warford could be moved on draft day for the right price.

So it’s a good thing the Saints brought back one of their own free agents to back up the interior trio of Peat, Warford, and second-year center Erik McCoy. The official NFL transactions wire reported that the Saints re-signed offensive lineman Cameron Tom, who spent the 2019 season recovering from a shoulder injury suffered late in the summer.