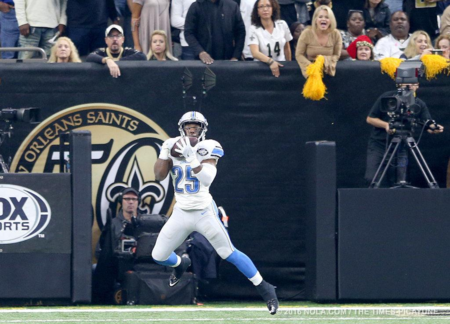 By Herbie Teope | The Advocate / Picayune

The New Orleans Saints are considering adding a pass-catching threat out of the backfield to their roster.

Running back Theo Riddick, who spent the past six seasons with the Detroit Lions before surprisingly being cut on Saturday, will visit the Saints, according to an ESPN report.

A source confirmed the news to The Times-Picayune | New Orleans Advocate on Saturday.

Riddick is the only running back in the NFL to have over 300 receiving yards in each of the past five seasons. His best season was in 2015 when he caught 80 passes for 697 yards....