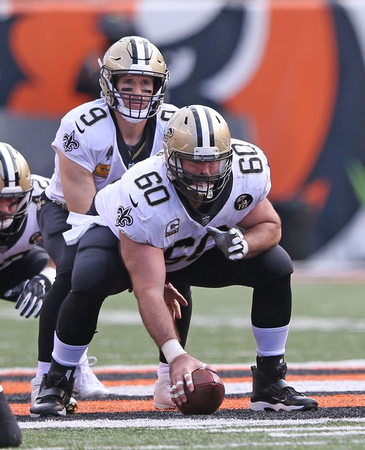 Veteran offensive lineman Jermon Bushrod missed his second straight practice with a hamstring injury, and four other offensive linemen were listed as limited on the New Orleans Saints participation report.

Bushrod, who has started five games at left tackle while Terron Armstead has been sidelined with a torn pectoral muscle, sustained the injury in the fourth quarter of the Saints' 12-9 win against the Panthers last week.