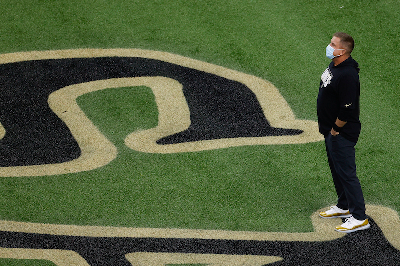 Generally, football teams – especially those with playoff aspirations – are not crazy about bye week scheduled early in the 16-game regular season. However, six weeks into the 2020 season, the New Orleans Saints’ bye week couldn’t have come at a better time.

Penalties, injuries, a lack of offensive explosion, giving up big plays, frustration and resulting infighting have been the headline makers thus far.

Through it all, New Orleans has a 3-2 record, which it shares with NFC South rivals Tampa Bay and Carolina but sits in first place due to their superior record in divisional games. As a result, they currently hold the three seed in the NFC playoff race.

The Saints started the season with an opening day win against the Bucs, consecutive losses to the Raiders and Packers, and back-to-back come from behind wins after trailing the Lions by 14 and the Chargers by 17.

The win streak gives the Saints momentum going into the off week, but this team cannot afford to rest on their laurels.