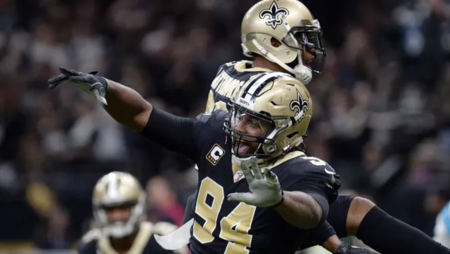 BATON ROUGE — The New Orleans Saints' season opener may be more than a month away, but defensive end Cam Jordan has his game mouth on.

The Saints are scheduled to host Tampa Bay and new free agent quarterback Tom Brady at 3:30 p.m. Sept. 13 on FOX in the Mercedes-Benz Superdome to open the 2020 season. Brady, 43, will play his first NFL game as a member of a team other than New England, where he played since 2000 and won six Super Bowls.

"I do know we have to step up our game," Jordan said on "Good Morning Football" on the NFL Network Tuesday morning. "They've got the second-greatest quarterback of all time, right behind Drew Brees. And now we've got a head-to-head two times a year."