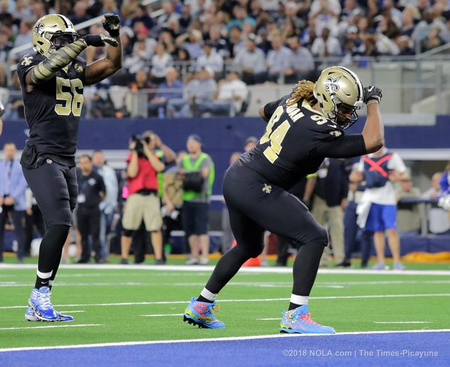 Heading into the game against the Dallas Cowboys, Jordan had a plan of how to celebrate if he passed Smith on the list, and he followed through with it.

Jordan sacked Cowboys quarterback Dak Prescott early in the second quarter, and after the play, he kissed his biceps, imitating Smith’s sack celebration from his nine seasons (2004-12) with the Saints.

Jordan continued that celebration by putting in hands together in prayer, honoring Smith, who was shot to death in New Orleans on April 9, 2016. ...