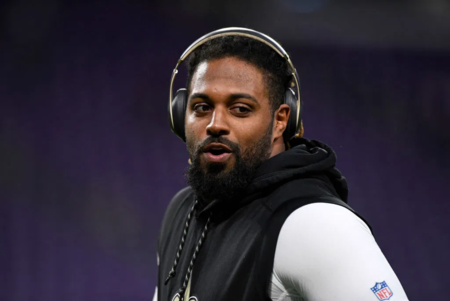 With Tom Brady and Rob Gronkowski now members of the Tampa Bay Buccaneers, fans are thinking about how they measure up against some of the other best teams in the NFL. Missing the postseason in 2020 would most definitely be a failure for the Buccaneers, and some believe this loaded offense has a chance to win the Super Bowl. Are we giving the Buccaneers too much credit before they have even taken the field with their new quarterback? Is it possible that they aren't even the best team in their division and will have to make the postseason via a wildcard spot?

During a recent appearance on NFL Network's "Good Morning Football," New Orleans Saints defensive end Cameron Jordan said the Bucs hype is premature and that they are fighting among the other NFC South teams for "second place" behind the Saints.

"I do know we have to step up our game, we've got to elevate," Jordan said, via NFL.com. "They've got the second-greatest quarterback of all-time, right behind Drew Brees, and now we've got a head-to-head two times a year. We've got our work cut out for us and then they have an addition, you bring in Rob Gronkowski and LeSean McCoy, you already had two 1,000-yard receivers in (Chris) Godwin and Mike Evans. This is a team that's fighting for second place." ...