Saints CB Justin Hardee on the importance of special teams: 'It means the world to me' (1 Viewer) 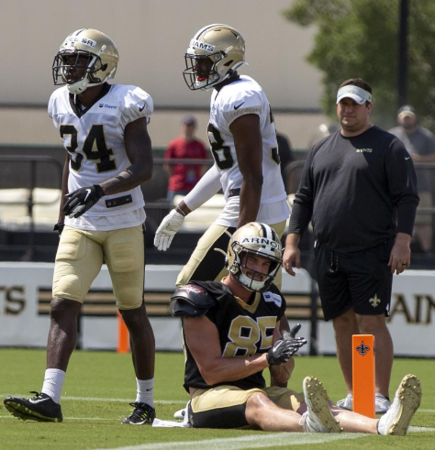 Cornerback Justin Hardee quickly endeared himself to Saints fans as a rookie in 2017.

He’d already racked up five special teams tackles in five games, but the sixth game of his career is when his popularity rose.

Tampa Bay was punting from deep in their own territory midway through the first quarter, but Hardee wriggled his way through the Buccaneers offensive line without getting touched. Hardee bolted toward the punter, getting his hands out to block the punt. The ball flew into the air before Hardee caught the ball and darted into the end zone for a 7-yard touchdown. ...