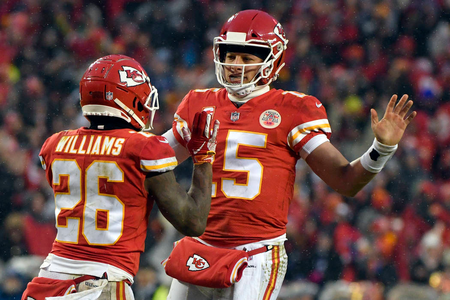 It was still early in the second quarter of the Patriots-Chargers game Sunday morning when the Westgate sports book posted the opening line for the AFC title game between New England and Kansas City.

The Patriots were building a 35-7 halftime lead over Los Angeles when the Chiefs were installed as 3-point favorites over New England next Sunday at Arrowhead Stadium.

The opening total of 59 was quickly bet down to 57½ for the rematch of the Patriots’ 43-40 win over the Chiefs in Week 6 in Foxborough, Massachusetts.

Las Vegas oddsmakers also expect plenty of points in the NFC championship game. The Saints opened as 3½-point (even) home favorites over the Rams with a total of 57 moments after a late interception preserved their 20-14 divisional-round win over the Eagles.