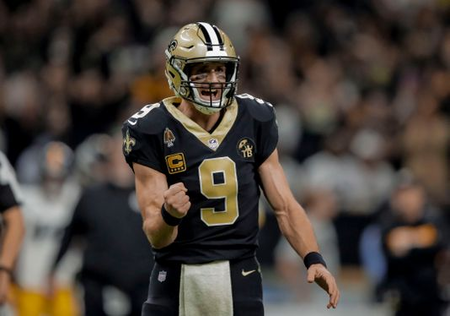 NEW ORLEANS – What a game. In a game featuring two NFL heavyweights , the New Orleans Saints edged the Pittsburgh Steelers 31-28 on Sunday.

The Saints needed a Drew Brees-to-Michael Thomas touchdown with 1:25 left to secure the lead. Then, Saints defensive tackle Sheldon Rankins forced a fumble from Steelers wide receiver JuJu Smith-Schuster with 29 seconds left to kill a potential game-winning or tying drive.

Pittsburgh also had another big blunder when Roosevelt Nix was stopped short on a fake punt at midfield with 4:11 remaining in the fourth quarter. New Orleans took the lead on the ensuing 10-play, 46-yard drive.

With the win, the Saints clinched the top seed in the NFC and home-field advantage in the playoffs.

Here are three things we learned:

Securing the top seed is huge for Sean Payton and Drew Brees, who are 5-0 in home playoff games. Meanwhile, the Steelers now find themselves in a precarious position. Because the Ravens beat the Chargers on Saturday, the Steelers had to win Sunday to avoid losing their lead in the AFC North. Now having lost four of their last five, the Steelers are second in the division. They currently stand outside of the postseason picture, needing to beat the Bengals next week and have Baltimore falter against the Browns. ...