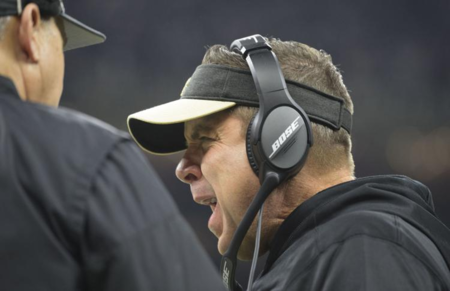 Sean Payton spent about three days holed up inside his house.

He turned on Netflix, opened some containers of Jeni’s ice cream and tried to make time pass. The New Orleans Saints coach was doing what he had to do to get through the initial pain of missing out on the Super Bowl following the infamous no-call that helped send Saints and Rams to overtime in the NFC title game, where New Orleans eventually lost 26-23.

“There are certain vices you gravitate towards, and mine is probably sugar,” Payton said. “Much like what we told the team: Obviously there are disappointments you go through relative to your season,s and this one where it happened in the postseason, we’ve got to be able to get past that and we will.”

The Super Bowl will be played this weekend without the Saints, but this story is still not over. There will almost certainly be a proposal for a rule change that somehow expands the use of replay to include officiating mistakes. It still isn’t clear how that will look, but there will be a discussing this spring at the league’s annual meeting. Payton, who is on the competition committee, will be part of that process. ...