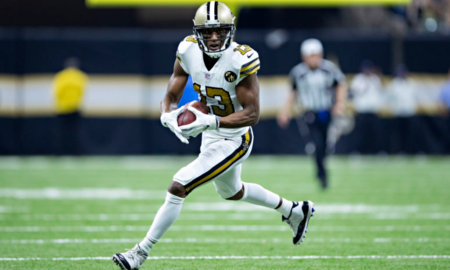 Michael Thomas' discipline is over.

New Orleans Saints coach Sean Payton told reporters in a conference call Wednesday morning that he wouldn't get into the team discipline of the wideout, but noted the punishment is over and the team is moving on.

Thomas was scratched from the Week 5 win over the Los Angeles Chargers after he punched teammate Chauncey Gardner-Johnson during a fight in practice, per NFL Network's Tom Pelissero.

Coming out of the Saints' bye, Payton said he does believe the star receiver is past the ankle injury that caused him to miss three games.

"We'll see," the ever-noncommittal Payton said of Thomas' availability this week. "I think he's feeling better. We really don't get into injuries or predictions, so you guys will be the first to know." ...