A: Well, it is early in the season yet. I think there are some things that we have done well, we have improved on, that has really helped us overall. I think we are playing better defense. We are doing a better job with the turnovers. Those are a couple of things that come to mind.

Q: Obviously you know Jeremy. You were here with him. Can you compare for us kind of what he is like now maybe on and off the field compared to what he was like when he played here?

A: He was obviously real young when I was there. So I think there is always that growth period for players as they get into the middle or latter part of their careers. I think he has been able to stay healthy this year and had a good offseason with us. And I think all of us - players and coaches - become wiser the longer we are in this game. And I think he is someone that is comfortable and understands his role in the offense. And like I mentioned, the key has been his health. He has got his weight where we want it now. He is moving around well. So he does those things that we are looking for on the inside portion of the field. He is doing a good job in his blocking and in giving us some consistency there.

Q: What have you told him this week as far as managing his emotions?

A: I think this - each week it seems to be a different player with the free agency in our league. Last week it was Jon Vilma and the New York Jets. I think any more it is not uncommon with the rosters the way they turn over to be playing an opponent maybe that you once played for or there is some member of your team. So I think with him it is no different than any week in that it is still about the execution of the plan. And this is really about the Saints and the Giants and not any one individual in a game like this. And I think the players are smart enough to understand that.

Q: But you have to admit that he rants it up a bit more than some players.

A: Yeah, but again, like I said, I think he is smart enough to understand how we have to play as a team to have success.

Q: Is he still the weapon on the field that we used to see - explosive. Physically is he still that same weapon?

A: He is a big target and he is explosive. He still runs well and certainly we try to look at matchups with - not just Jeremy - but other individuals on our team and try to find the right matchups that we think are an advantage. So his size - he is quick in and out of his cuts. Those are all things that you still see, especially now that he is healthy.
Click to expand...

More (not all Shockey questions)...
http://www.giants.com/news/transcripts/story.asp?story_id=43344

Offline
I love how the media paints Shockey as a loudmouth and an attention whore but all they do is ask questions about him. Geez. Let It Go.

Offline
NY media... trying to get some dirt on J-Shock...

Offline
all i read...

Offline
There was this one good article in the NY press:

There have been plenty of adjectives used to describe tight end Jeremy Shockey over the years: brash, self-centered, outrageous, stubborn, abrasive.

Dare we add another one? Can it possibly be that the word mature now applies?

Well, judging by Shockey's comportment in the Saints' locker room Wednesday, where he addressed reporters about Sunday's game against his old Giants' team, it might be time to add that description to his list of less flattering portrayals.

Shockey might be a burning, churning chunk of intensity on the inside as he readies to play the team that traded him just before last year's training camp. But on the outside, he was the picture of decorum.

"It's definitely going to be different, but I'm not the only guy that's ever gotten ready to play against his old team," he said. "I'm going to handle it as if it were any other team. I know those guys, so it's going to be strange in that aspect. I'll just deal with it like I do every week."

Redlands Saints said:
bla bla bla do you ever think coach walks away from these interviews and just laughs at the questions
Click to expand...


Lol!! I was thinking the same thing. I see a little sarcasm in his statements alot. Maybe it's just me, IDK!

SaintsIn2009 said:
Lol!! I was thinking the same thing. I see a little sarcasm in his statements alot. Maybe it's just me, IDK!
Click to expand...

You're right. Definitely some sarcasm there. He gets tired of condescending questions about his players. 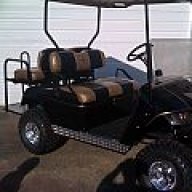 Offline
He kind of ignored the off the field part of the one question.
Dehatration comes to mind. LOL

Offline
I wish they would have asked if he expected Reggie to top his career best 126 yard rushing performance set the last time these two teams met. 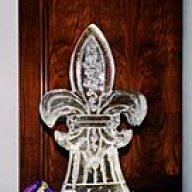 Offline
You would think they would ask other questions regarding the other 52 players.
Show hidden low quality content