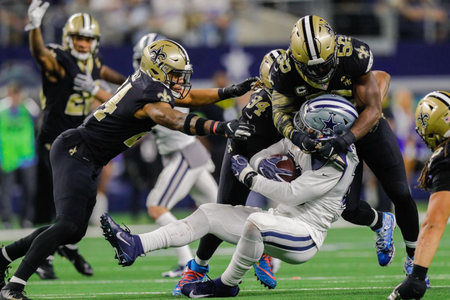 The New Orleans Saints' opponent in the divisional round of the NFC Playoffs is a little more clear following the first set of Wild Card games Saturday.

The Saints' options for the Jan. 13 showdown in the Mercedes-Benz Superdome come down to two familiar foes from the NFC East after the Dallas Cowboys' 24-22 win over the Seattle Seahawks in Arlington, Texas -- either the No. 4 seed Cowboys or the No. 6 seed Philadelphia Eagles, if the defending Super Bowl champions can pull off an upset against the No. 3 seed Chicago Bears Sunday.

Like the 2009 Super Bowl season, the Saints have the advantage of playing the lowest seed in the NFC playoffs after earning the No. 1 overall seed this season after finishing with a 13-3 record, which ties for the best record in franchise history. They also have home field advantage throughout the playoffs. ...