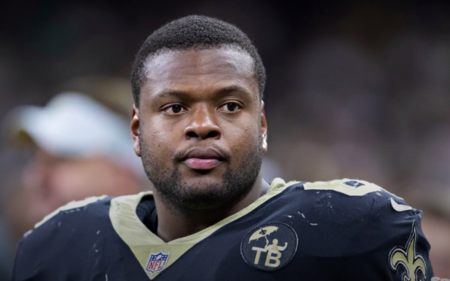 Cameron Tom, 25, is entering his fourth NFL season, all with the New Orleans Saints. The Baton Rouge native played High School football at Catholic where he played OG for the Bears. Tom attended Southern Mississippi where he started as a Freshman. His Junior year, Tom started all 12 games at Center for the Golden Eagles.

The New Orleans Saints signed Cameron Tom as an UDFA following the 2017 NFL Draft. Tom spent his first NFL season on the practice squad. He made his NFL debut in Week 3 of the 2018 season against the Atlanta Falcons.