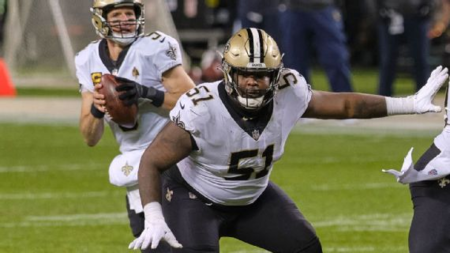 METAIRIE, La. -- The 2021 NFL draft will be critical for the New Orleans Saints after the salary cap forced them to slash their roster depth this offseason.

The development of last year’s draft class might be even more important.

The Saints’ Class of 2020 was small because of multiple trades -- and it didn’t produce much. First-round guard/center Cesar Ruiz battled some inconsistency after switching from his college position of center to right guard and starting 11 games, including the playoffs. Third-round linebacker Zack Baun and fourth-round tight end Adam Trautman played even smaller roles as backups and special-teamers.

However, the Saints are now counting on all three to make big leaps after letting go of veteran starters at each position.