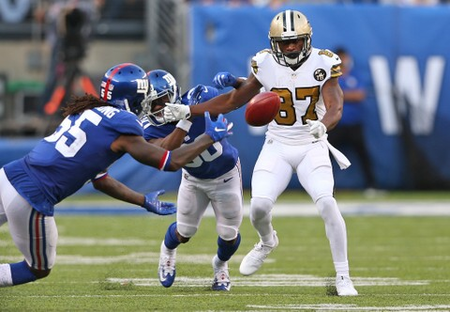 The New Orleans Saints brought veteran Brandon Tate back last week hoping he would be a reliable option on punt returns, but after just one week, the team has already released him.

In the Saints' Week 4 win over the New York Giants, Tate was on the field for just four special teams plays, all four of the punt returns. He had three returns totaling 15 yards, but on one, he muffed the punt before fortunately recovering it.

The coaches obviously weren't pleased to see the veteran make a mistake, even if it wasn't costly, in his limited opportunities.

Heading into Week 5 against Washington, it's unclear who the Saints plan to use at punt returner. The options would likely include receivers Ted Ginn Jr. and Austin Carr as well as running back Alvin Kamara, but Ginn muffed a kickoff last week. ...