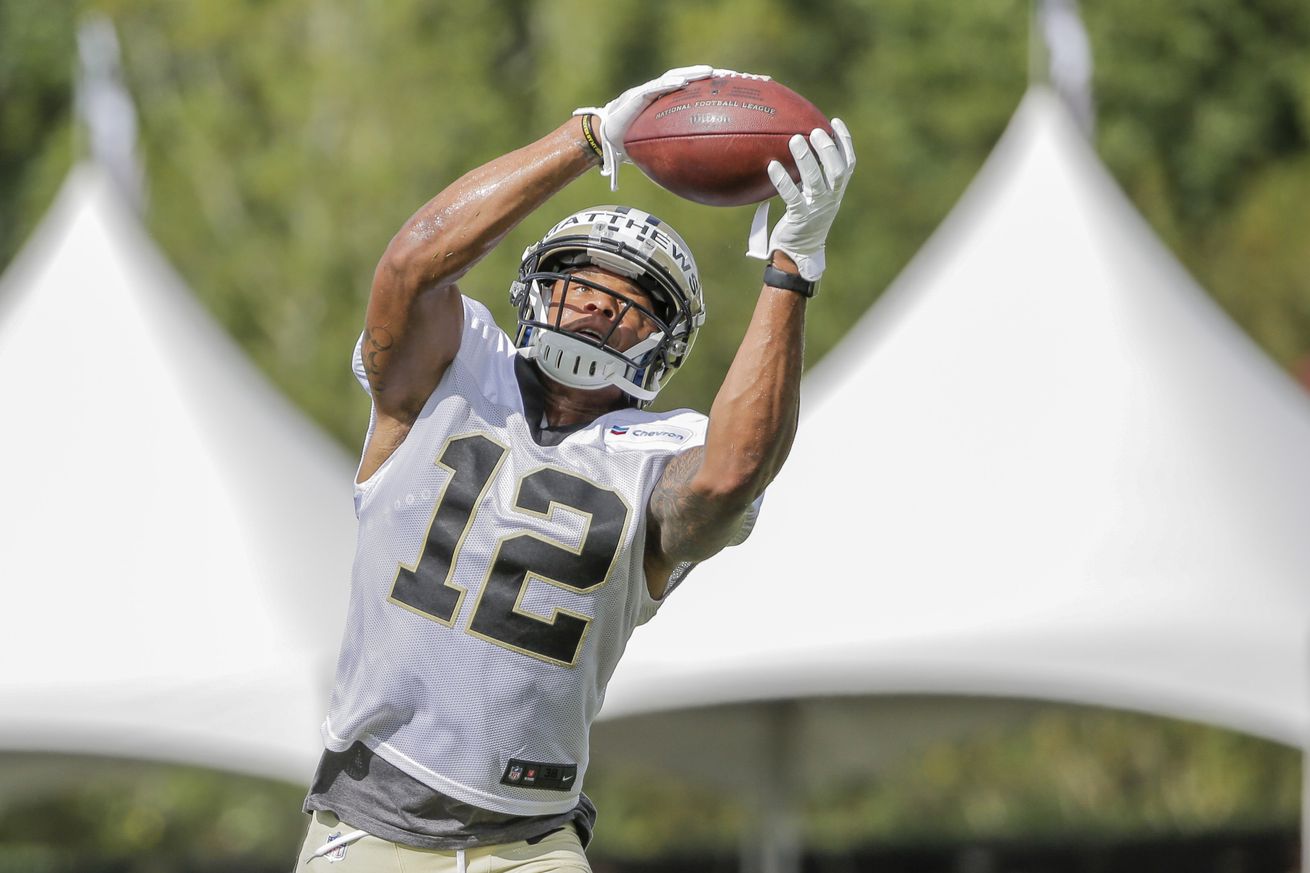 Derick E. Hingle-USA TODAY Sports
And you thought your Saturday would be boring.

Some interesting news has developed off Airline Drive in Metairie on this Saturday evening. According to ESPN’s Field Yates, the New Orleans Saints have cut veteran wide receiver Rishard Matthews. Per Yates, it’s a ‘left squad designation’, which actually happened with the Saints and Collin Buchanan back in May 2017. Per The Football Educator, this is the breakdown of what it actually means.

If a player leaves his club without permission after reporting to training camp, the club may place the player on its Reserve List as Left Squad, pursuant to the restrictions and procedures that appear in this section.

A club may also use the procedures of Reserve/Left Squad if a player who is assigned via waivers or trade fails to report to the assignee club.

Any attempt by a club to use the category of Reserve/Left Squad in a manner to evade the player limit shall be considered conduct detrimental to the League.
Click to expand...

It’s bizarre, but not uncommon, for something like this to happen. Essentially, it means a player quits the team. Most notably, this happened to Su’a Cravens in Washington in 2017. The Washington Times explained the situation from an NFL spokesman stating, “If a player leaves the team, the team can request a roster exemption for the player if it sends the player a “Left Squad” letter. The letter further stated that the team will have the right to place the player on Reserve/Left Squad after five days. If the player goes on Reserve/Left Squad, he is out for the remainder of the season,”

Matthews signed a one-year contract with New Orleans in mid-June, which carried a base salary of $930,000. This highly favors Cyril Grayson Jr., Simmie Cobbs Jr, and Emmanuel Butler.