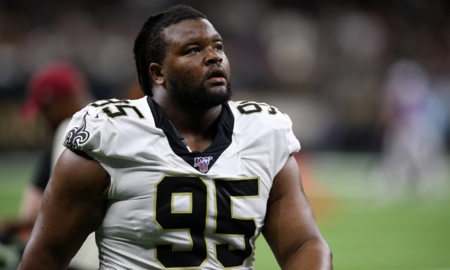 The New Orleans Saints have brought their roster down to 80 players from 90 ahead of the NFL’s new Aug. 16 deadline, with third-year pro Taylor Stallworth being cut on Monday. Stallworth’s release was first reported by Pro Football Talk’s Josh Alper and confirmed by The Athletic’s Katherine Terrell.

Stallworth signed with the Saints as an undrafted rookie back in 2018 out of South Carolina, playing well enough during training camp and in preseason games to earn a spot on the opening-day roster as a backup nose tackle. He played intermittently in 2019 as teammates higher on the depth chart entered and left the lineup, spending much of the season on the practice squad while logging 119 snaps in five games (including the playoffs). ...