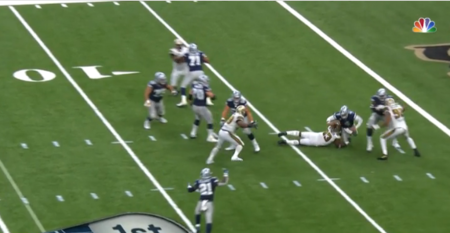 NEW ORLEANS -- The Saints had experienced so much hardship over the previous two years, losing in the playoffs on an improbable last-play touchdown in Minnesota, then on a blatant pass interference that was not called against the Rams, that seemingly everyone in the organization was searching for a way to turn those negatives into a positive entering this season. Like the rest of the coaching staff, defensive coordinator Dennis Allen thought long and hard before settling on a simple yet poignant slogan.

"Good to great," he said to his players. "Let's go from good to great."

The words seemed to ring hollow the first two weeks as his unit struggled in a win over the Texans and a loss to the Rams, but just when things seemed bleakest, after future Hall of Fame quarterback Drew Brees sprained his thumb and was lost for at least a month following surgery, Allen stood before his unit and reminded them of the objective. ...