Saints' Davenport shares a photo of himself in a hospital bed, vows to ‘come back better’ (1 Viewer) 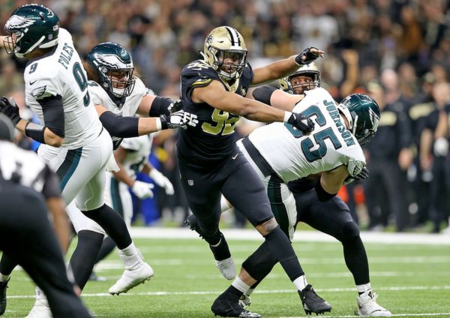 If New Orleans Saints defensive end Marcus Davenport did not look like the same player after returning from an injury midway through his rookie season, he gave a reason why on his social media platforms Tuesday (Feb. 5) night.

In the photo, Davenport is reclined on a hospital bed with his right foot heavily bandaged. He later shared a post in which he called the toe injury that knocked him out from Weeks 9-11 potentially “season ending.” Davenport posted a video from his Instagram account Monday (Feb. 4) indicating he was in Green Bay, Wisconsin.


“Most people don’t know but I had been dealing with what was considered a season ending injury," Davenport said from his Twitter and Instagram accounts. "Lucky I was able to play through the pain and although not 100 % I (finished) the season. I promise to come back better. Thank you to all that supported.” ...