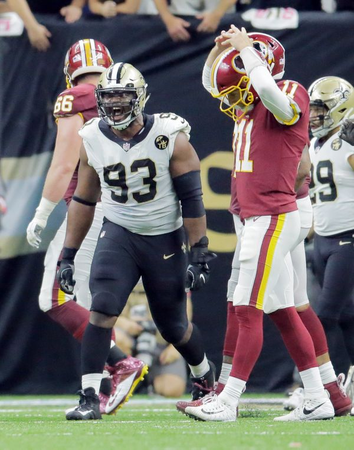 However, Onyemata might have to pay more for a different infraction after the NFL fined him for a uniform violation in last Sunday’s game against the Los Angeles Rams.

Onyemata said Friday he received a fine of $6,683 for what the NFL considered an issue with his socks not covering his legs enough. ...