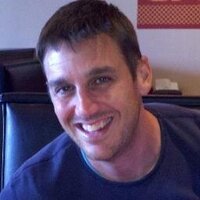 METAIRIE, La. -- New Orleans Saints defensive end Alex Okafor suffered a bone bruise in his knee and a sprained ankle during Wednesday's practice, according to a source.

It's unclear how long Okafor will be sidelined. But the prognosis -- which was first reported by the NFL Network -- is relatively good news for the sixth-year veteran, who is coming back from a torn Achilles.

Okafor's injury halted practice for a couple minutes as trainers checked him out on the field and teammates took a knee around him. Okafor was ultimately able to limp off the field under his own power.

Okafor's health is key for the Saints after he played such a big role in their defense's resurgence last year. The 27-year-old, who spent his first four seasons with the Arizona Cardinals, was having a career season in 2017 after signing with New Orleans in free agency. He had 4.5 sacks in 10 games as the starter opposite All-Pro end Cameron Jordan. ...