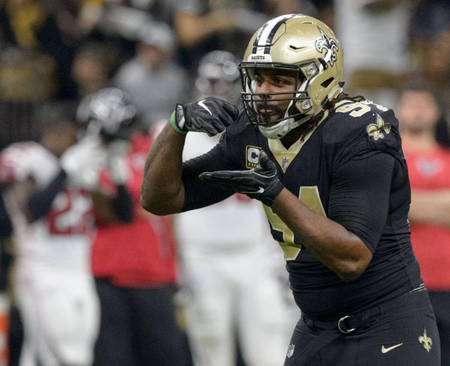 The NFL's top scoring offense didn't light up the scoreboard Thursday night in quite the record-setting pace it had done the past three weeks. Drew Brees and company didn't have to.

The Saints' defense had their back, keeping the Atlanta Falcons in check and leading the charge in a 31-17 Thanksgiving night victory in the Mercedes Benz Superdome.

It was the 10th consecutive victory for the Saints (10-1), who haven't lost since the season opener against the Tampa Bay Buccaneers. Coupled with the 43-37 overtime victory over Atlanta in Week 3, it gives the Saints their first sweep over the Falcons since the 2015-'16 season. It also eliminated the Falcons (4-7) from winning the NFC South.

This one wasn't quite the shootout that the September meeting was though. The Saints' defense made sure of that, forcing four turnovers and stuffing the Falcons rushing attack.

Atlanta averaged just 1 yard per carry (14 yards on 14 rushes) through the first three quarters of the game. ...