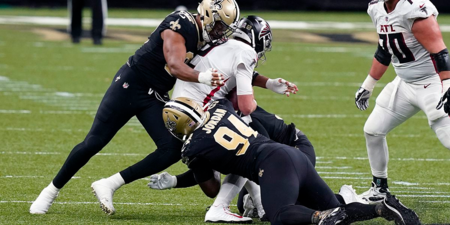 NEW ORLEANS (WAFB) - Sitting atop the NFC playoff picture right now, the Saints would love to stay there the rest of the season, lock up the No. 1 seed as soon as possible, and get some rest before the playoff run, and if the defense keeps playing the way it has been recently, it certainly provides them with the best chance to do so.

The unit has been playing downright filthy the past few weeks. It has allowed just one touchdown, sacked the quarterback 13 times, and snagged seven interceptions. Linebacker Demario Davis leads the team with 66 total tackles. Defensive end Trey Hendrickson has a team-high 9.5 sacks, which is also tied for first in the NFL with Cleveland defensive end Myles Garrett. Safety Marcus Williams is the Saints interception leader with three.

It’s easy to see that the Black and Gold are playing their best ball on defense right now and second-year safety CJ Gardner-Johnson said there’s a reason why. ...