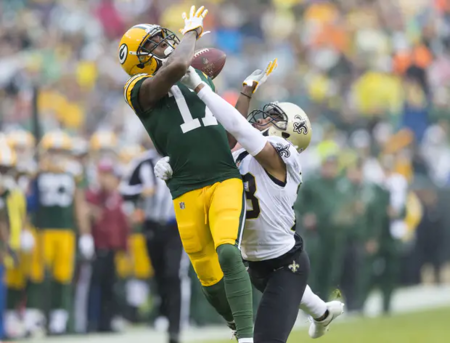 The New Orleans Saints return home this Sunday, hosting the Green Bay Packers in a Week 3 matchup on Sunday Night Football. New Orleans comes into the game with a 1-1 record after their defense was taken apart by the Las Vegas Raiders on Monday night. The Saints rank 8th in total defense after two weeks but have allowed opponents to convert 50% of their 3rd down chances. The Raiders pushed around the Saints for the final three quarters on Monday in a listless performance.

New Orleans takes on a 2-0 Packers team whose offense has been firing on all cylinders through the first two games. Green Bay has more total yards than any other team so far this season and has scored 42 points in both outings, best in the league. The Packers have yet to turn the ball over, and after finishing 15th in total offense last year, appear to have a better grasp of second-year coach Matt LaFleur's offensive system.

Both teams are coming off 13-3 seasons in 2019 and once again favorites in their respective divisions. We will focus on how the New Orleans defense matches up against the Green Bay offense in this potential early-season playoff preview. ...