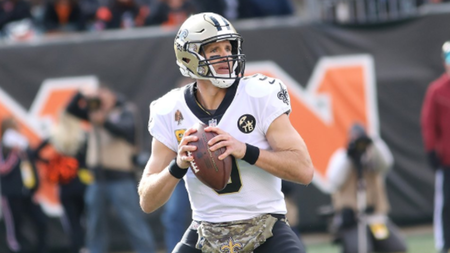 CINCINNATI (WKRC) - The bye week certainly did nothing to improve the Bengals porous defense and it looked worse than ever this season on the way to setting an historically bad NFL record on Sunday.

The Bengals became the first team in the Super Bowl era to surrender 500 yards in three straight games as they allowed 509 yards against the New Orleans Saints and got blown out 51-14 before a crowd off 52,492 in Paul Brown Stadium.

The margin of defeat tied for biggest in a game in Bengals franchise history. They had lost by that much three other times before, including once at home when the Chicago Bears beat the Bengals 44-7 in 1986 in Riverfront Stadium.

The Saints 51 points tied for the second-most the Bengals allowed in a game in franchise history. They allowed 52 at Carolina in 2002.

New Orleans (8-1) scored points on each of its first nine possessions in the game. The only time it didn't was on its final possession of the game when the Saints ran out the clock.