Saints dispatch Vikings to set up huge matchup next week vs. 8-0 Rams (1 Viewer) 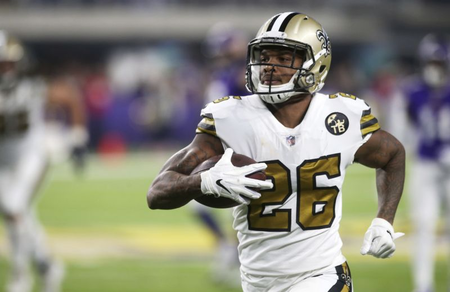 The Los Angeles Rams are 8-0. A week from now, they could be heading back to Los Angeles as the second-best team in the NFC.

The New Orleans Saints are on quite a roll, and some huge defensive plays on Sunday night allowed them to exorcise playoff demons and get a big 30-20 road win over the Minnesota Vikings. That sets up next week’s showdown against the undefeated Rams.

The Rams being the favorite to win the Super Bowl has been an accepted fact since very early this season. The Saints can change that with one home win. Rams-Saints might be the best regular-season matchup in the NFL this season, and it’s going to go a long way in shaping the NFC playoff picture. With a win next Sunday the Saints would be 7-1 and still a half-game behind the 8-1 Rams, but they’d hold the tiebreaker due to the head-to-head win.

And after the Saints soundly beat the Vikings, they look like the type of team that might hand the Rams their first loss, especially with the game coming in New Orleans. ...