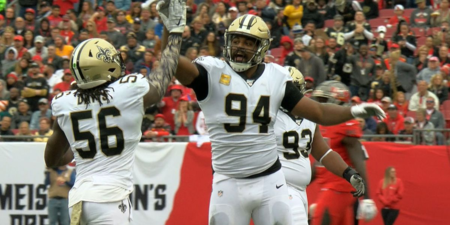 In the meantime, they're doing just fine without him.

The Saints (9-2) have won two straight games since Brees went down with a rib injury, stretching their overall winning streak to eight in a row heading into Sunday's game against the Atlanta Falcons. The Saints can clinch a playoff spot with a win and a loss by the Bears.

Going back to last season, New Orleans is 7-0 when Brees hasn't been able to suit up.

“Obviously when it's the quarterback, it draws more attention,” said coach Sean Payton, whose team could clinch its fourth straight playoff appearance with a win if the Bears lose or tie vs. Detroit. “But our job as coaches is teaching the whole roster, from the practice squad to the starters. We're developing all these players.”

Last year, it was Teddy Bridgewater who filled in so ably when Brees went down. This year, Taysom Hill stepped into the starting role. ...